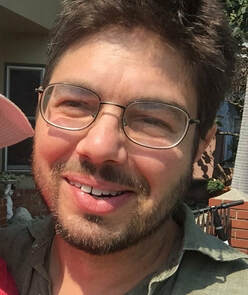 Known for his effortless style and musical curiosity, Chris has been doing the good work as a musician in New England for over fifteen years. He has immersed himself in West African style guitar, dug deep into country-blues and old-time music, and moves seamlessly between diverse styles from Egypt, Peru and India. Chris has played with the Sierra Leone Refugee All Stars, Big Nazo, and the Double Decker Dance Band. Touring the East Coast, Canada and points west, he also enjoys his singular role in the community as a strange combination of entertainer, educator, and magician.

Along with the ensemble work, Chris has collaborated with puppeteers, and also has a charming, folky, acoustic repertoire up his sleeve, ideal for schools, listening rooms, children’s sing-alongs, libraries, farmers markets and other community events. He also plays at Hasbro Children’s Hospital as well as at senior living spaces.

On slow days, Chris is inspired by long walks, great novels, sitting quietly, eating a lot of leafy greens, drinking coffee, scribbling down lists of whatever, bird watching, and examining wild animal scat. We’ll have to see how that works it’s way into a song…

Take a look and a listen. Thanks!

The Chris Monti Trio and The Devilfish are available for bookings at clubs, festivals community events, weddings and private parties.
You can contact Chris directly about bookings.
montichristopher@gmail.com
401-374-4478